The sustainability hub is a not for profit policy, politically neutral forum and campaign group working to deliver a net zero carbon economy before 2050. We partner with global businesses, professional bodies, academic institutions and leading environment NGOs to develop net zero policy solutions, promote action on the damaging impacts of climate change.

The concept for ‘a sustainability hub’ started a decade ago in response to the UKs leading environment NGOs call for support to raise political awareness about demand for climate change solutions. The sustainability hub was built in collaboration with leading businesses, NGOs, Parliamentarians and public sector organisations.

Jane is an influential political strategist with over 20 years’ experience working to advance sustainable growth, renewables and conservation. Through years of environmental activism she has developed a reputation for quality and professionalism delivering measurable results through a wide range of campaign and PR tactics. She has an extensive network of contacts within Westminster, Whitehall, industry and NGOs and has worked for Greenpeace, WWF, Association for the Conservation of Energy, Green Alliance, Sustainable Energy Association, Solar Trade Association and many others.

She recently helped set up the new All Party Air Pollution Group, is  Co-ordinator of the All Party Group for Intelligent Energy and is one of the  Directors at PRASEG.

Jane has a personal and academic interest in the environment and has been involved in community campaigning and politics throughout her adult life. She is a Trustee of the Fairyland Trust, a charity aiming to connect families and nature.

Karen Co-Founded the sustainability hub to work collaboratively across political parties, championing investment in low carbon infrastructure, promoting a smarter economy based on sustainable development, encouraging clean technology and protecting natural capital. Karen manages the Secretariat for the Net Zero APPG, is the ideaXme Climate Change Ambassador and volunteers as a Strategic Partnership Manager for Pride in London. She Co-Founded the Global Good Awards; led the Energy Saving Trusts External Affairs programme and co-developed and directed the Climate Clinic.

Syed has close to 20 years working in the sustainable energy industry, in a wide variety of roles and organisations ranging from Friends of the Earth, the Combined Heat and Power Association, the Greater London Authority, Arup, and as a director of a trade association working in the insulation sector. Syed established Energy for London (www.energyforlondon.org), an independent think tank supporting London’s progress to becoming a low-carbon city. He was recently seconded into the Department of Energy and Climate Change (DECC) undertaking a review of linkages across the Government’s demand side policies. In 2015 he produced a report for the Green Investment Bank on green infrastructure for cities, and undertook work for C40 Cities and also Greenpeace UK. He is also a Director of the Parliamentary Renewable and Sustainable Energy Group (PRASEG), a Trustee for national fuel poverty organisation National Energy Action (NEA), a policy advisor to the Green Gas Certification Scheme, Chair of Repowering London and an Associate at Exeter University’s Energy Policy Group.

Leonie is Head of External Affairs, Solar Trade Association she leads on media, stakeholder engagement and policy lobbying for the STA. She secured continued access to the RO for sub-5MW solar, wrote STA’s Solar Revolution Strategy and recently convened the Solar for Nature Conservation Roundtable with the National Trust. She co-led the Parliamentary campaign for Tariffs for renewable heat (RHI) and local power (FITs) with Ed Matthew of Transform UK and Dave Timms of Friends of the Earth. Previously she worked as Political Adviser to Greenpeace UK and as a Sustainability Adviser to the Deputy Major of London. Her Greenpeace report Decentralising Power; An Energy Revolution for the 21st Century was cited by David Cameron as particularly influential on Conservative energy policy.

Charles is a green entrepreneur and sustainability professional with 20 years’ experience working in the sustainability, energy and climate change field. He is the co-founder of SecondNature, one of the UK’s leading sustainability advisory firms, which he ran as Managing Director from 2009-2015 until it was acquired by Anthesis Group. Since 1997, he has worked for organisations including Tesco, Network Rail, Carbon Tracker, ENGIE, OVO, Ofgem, Sindicatum, Forum for the Future, BP, Shell, Barclays, Lafarge, H&M, GE, ArjoWiggins, Sinopoly, Thames Water and BG Group. His career in sustainability began as PR Manager of BSI where he launched ISO 14000, moving to URS and then to BP where he co-led the rebranding of “beyond petroleum” and developed BP Ultimate “more performance, less pollution”. He was promoted to lead the renewable energy business as Founder Director of BP Green Energy. He left BP to join New York consultancy GreenOrder and subsequently became Managing Director of Good Energy before starting his own business. He has a BA from Brown University and an MBA from Cranfield.

Nick is a Cambridge graduate who has been a professional public affairs consultant for more than 38 years. He is a Deputy Lieutenant in the County of Surrey. With a long term interest in environment and energy issues, Nick was a board member of The Environment Council from 1990, becoming Deputy Chairman in 2000. He was a Councillor in the Surrey borough of Spelthorne from 1987 to 1991, serving as Deputy Chairman of the Policy and Resources Committee. He stood as the Conservative candidate in Bolton South East in the 1992 General Election, and founded the Tory Green Initiative. Nick works with MPs and peers on green energy issues, and has a passion for renewable energy, having been involved in campaigns for onshore wind, solar, tidal and energy efficiency in the UK and EU. He has worked as an adviser within the European Parliament since 1983, and has extensive experience in working with MEPs in Brussels and Strasbourg. He has run environmental events at Party Conferences since 1988, and was involved supporting the development of the sustainability hub.

@sustainhub2022 @Bankfieldbecky: Every time I tweet about the coal mine someone kindly informs me that it's for steelmaking. I've published in @guardian & @thetimes & appeared on @BBCNews @itvnews & many other outlets, over the past FIVE YEARS, but it seems I had somehow overlooked this crucial simple fact. https://t.co/jRoElBSF4K https://t.co/W6cHDQV6V2

h J R
@sustainhub2022 @samuelhall0: Another poll shows most Conservative voters support new onshore wind farms near them. Whitehall shouldn't get in the way of cheap energy. A community consent mechanism should ensure communities who are opposed don't have it forced on them. https://t.co/MGzLXwODHE

h J R
@sustainhub2022 @NickMolho: 1/3 One of the big areas of #climate policy progress over the last two years has been on #greenfinance, in particular the UK #greentaxonomy led by @GFI_green & work on #netzero transition plans. @AldersgateGrp is concerned by lack of clarity on next steps for UK Green Taxonomy

h J R
@sustainhub2022 @ShaunSpiers1: Will faith-based policy making win the day, or will @michaelgove show that the govt is serious about climate change & reject a new coalmine in Cumbria? Today's story in the Sun is a classic illustration of the power of ideology trumping evidence. https://t.co/khfqIGibkK 1/

h J R
@sustainhub2022 @NEA_UKCharity: Today is our #FuelPovertyAwarenessDay. Our chief executive @adam_scorer explains why the day is more important than ever before. https://t.co/wVuEF8i1Ep 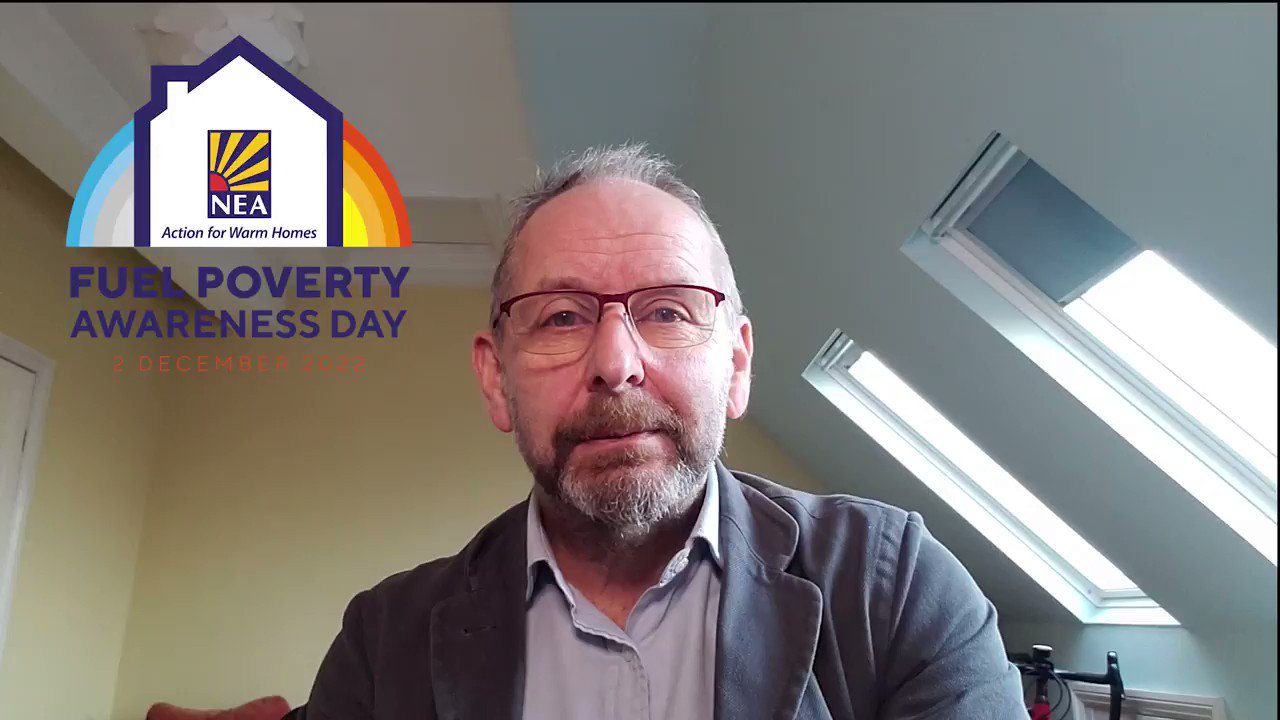